A Glimpse Into Our Weeks of Filming

Photo thanks to Alisha

I decided to give a brief glimpse into our lives and the ways we’ve seen God at work the last few weeks. He has truly done amazing things, and we praise Him for His faithfulness!

As many of you may have heard, our family has been working on a children’s music DVD (and CD). It has been a huge project and has consumed the majority of our time for the past month and a half. Although it’s been hard work, it has also been rewarding to see God bringing everything and everyone together.

The purpose of this DVD is to illustrate truths and concepts from God’s word to children and adults alike. We were hoping to create a children’s DVD that is professionally done, has spiritual depth, yet is also fun-loving and light-hearted. We are grateful for each person who was involved with this project in making it just that. We believe it will be a powerful tool in our ministry efforts. Many times in prison, we see the “walls” built around hard, hurting hearts come crumbling down, as our girls sing about God and His love. Also, children are so impressionable, and we pray this will be a wonderful resource for parents.

Brianna and Alisha have both put in many, long hours with this project and have taken the DVD to levels that Duane and I couldn’t have possibly done.

There were many stages of this project. From selecting the songs, to recording the vocals, to creating the “story boards,” selecting a total of thirty-five different filming locations, coordinating schedules and lodging for those participating, selecting and shopping for wardrobe items, compiling all the props for each site, organizing and buying groceries for all the meals…And the list goes on!

But here’s the most exciting part…We were greatly encouraged and blessed by how we saw God directly answering our specific prayers. We faced many challenges during these past three weeks, but God came through each time. We praise Him!

As you recall, hurricane Irma was an active threat for the Carolinas and all of it was during our intense two weeks of filming. We weren’t sure what we’d do because nearly all the filming was scheduled for outdoors. A rainy week would’ve really affected the filming. We were scheduled for a six week tour several days following the filming dates, and we really didn’t have a back up plan. Wouldn’t you know, we only had two rainy days the entire time! We were able to film all our indoor scenes during one of the days, and have a day of editing the next day. 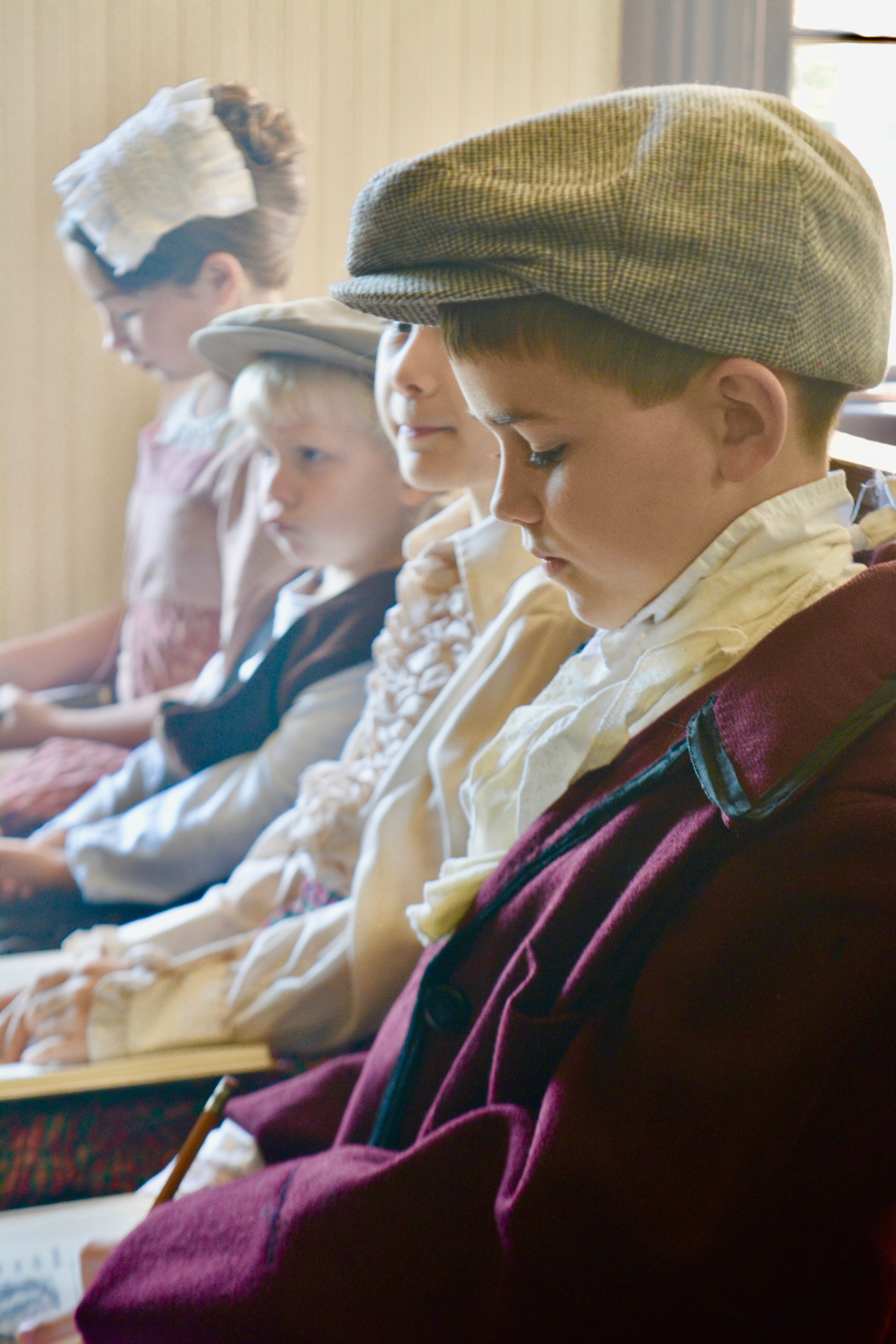 Photo thanks to Dominic

We had been praying for good health during this time, specifically for Chantaya and Kyra since they were needed each day. The only sickness we experienced was Kyra’s twenty-four hour stomach bug, which “just happened to be” on the same day we couldn’t film anyhow because of the rain.

Three of the locations just weren’t coming together for us before the filming weeks. But….God worked all that out as well.

We finally heard back and received the approval for our beach location the day before we needed to film there! We hadn’t been able to get a back up plan together, so we didn’t really have another good option. Since this beach was already closed for the season, they opened it just for us and our group was the only ones allowed. Which made the filming process go much easier!

Months ago, we’d seen an adorable little country chapel. When we realized we wanted one song with the children dressed in early 1900’s, we thought this place would be perfect. After stopping by several times and never being able to make the right connections, we kept searching. Finally, out of desperation, Brianna called the Historical Society, (since it was an old building), and they gave her a number to start with. By this time, the two weeks of filming had begun, but after going through several people about this place, we received a call back from the chairman of the board. After explaining what we wanted, the gentleman said we needed to present our case to their board in person. But…they only met once a year for their meeting. When was their annual meeting you may ask? The very next day at 10:00! That, in itself, was such a “God thing” that we weren’t really surprised when they granted us the approval to use the building. 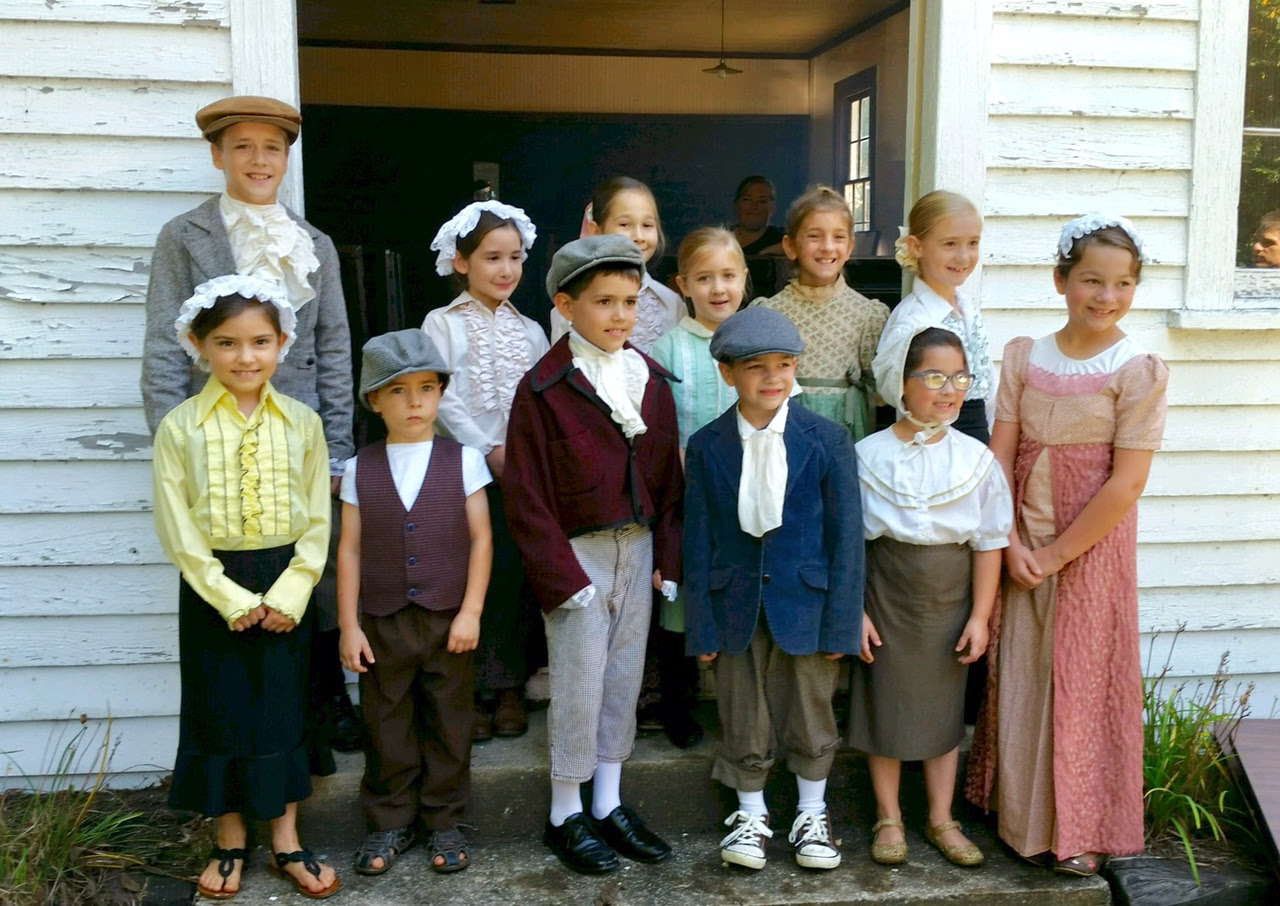 Photo thanks to Michelle

For one of the songs, friends from Pennsylvania brought their son who has been battling cancer. The day they needed to leave to come down, he had his follow-up scan. Of course, they were a bit apprehensive about the results. We’ve been praying for Damien’s healing for a long time. And we also knew that a disappointing report could really make filming a hospital scene extremely difficult for him and his family. And we wouldn’t have wanted to put them through something else that was difficult. The report of this scan was that the tumor in his brain shrank and the one on his spine stayed the same. Which was great news! Damien is such a special young man and we’re so honored to have him on our DVD. You’ll be touched by this song.

We had families and individuals driving from Pennsylvania, Tennessee, Georgia, South Carolina, New York, Ohio, and Kentucky to help with the DVD. Our videographers drove from Denver, Colorado and Charlotte, NC. Many miles were driven by all of us as we drove to all the locations. And God protected each of us. There were some close calls, but God had His hand over us.

One of our crew members, Dominic accidentally locked himself out of our car along the Blue Ridge parkway with the car running and his phone inside. (Our car door on the driver side was broken and couldn’t be opened from the outside. The passenger side was locked and when he stepped outside, and the driver’s door closed behind him.) The parkway is secluded and most places there’s no cell service. He was supposed to be bringing the speaker and the sound tracks for the filming shoot, but here he was completely stranded with no way to get ahold of us and with the car running and keys inside.

Miraculously, a person (from the Netherlands!) came along with a cell phone that actually had reception. Next, someone else stopped by who appeared like a professional car jacker because he used his crowbar to effortlessly open it up! Dominic came running up to deliver our music for the filming just when we were ready for it. 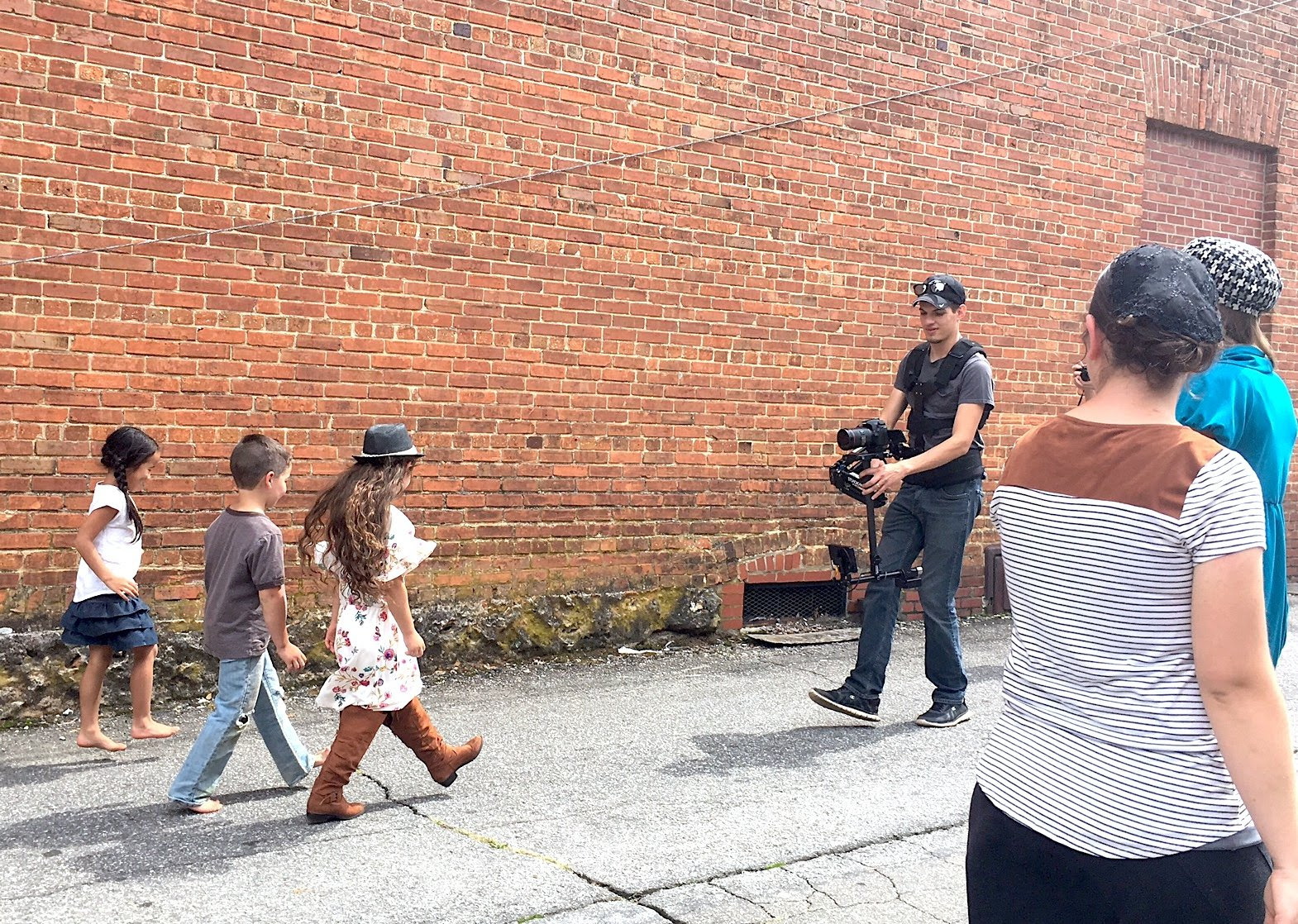 Photo thanks to Alisha

Our God really is amazing, isn’t He? I could share many more stories about the happenings of this filming. But as I reflect, all these stories cause me to ask myself…If God cares this much about the details surrounding a children’s DVD project, does He not care enough and is able to take care of every event that enters my life? Why do I get overwhelmed with things I bump up against? Worrying, stressing or fretting has never and will never produce anything positive. When I’m focusing on following His leading and His voice, He will make a way.

“Are not five sparrows sold for a two copper coins? And not one of them is forgotten before God. But the very hairs of your head are all numbered. Do not fear therefore; you are of more value than many sparrows.” Luke 12:6-7

To order your copy of My Lighthouse DVD, follow this link!

Thank you very much for your prayers, and we look forward to seeing many of you these next six weeks while on our ministry tour!

~Cindy (For The Mullett Family)

Get the latest news and be notified when new products release.​